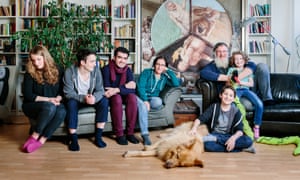 The Jellinek family is hosting Syrian Muslim Kinan, from Damascus, in Berlin. Kinan, 28, has been living with the Jellineks since November 2015. He joins them for Shabbat most Fridays and often cooks Syrian meals. Kinan used to work in marketing and pharmaceuticals in Damascus. ‘Everyone does what they feel like doing. Hosting a refugee is a win-win situation.’ 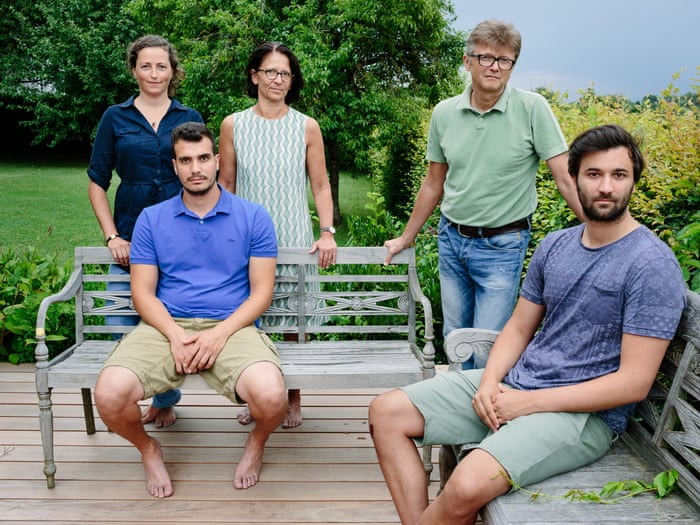 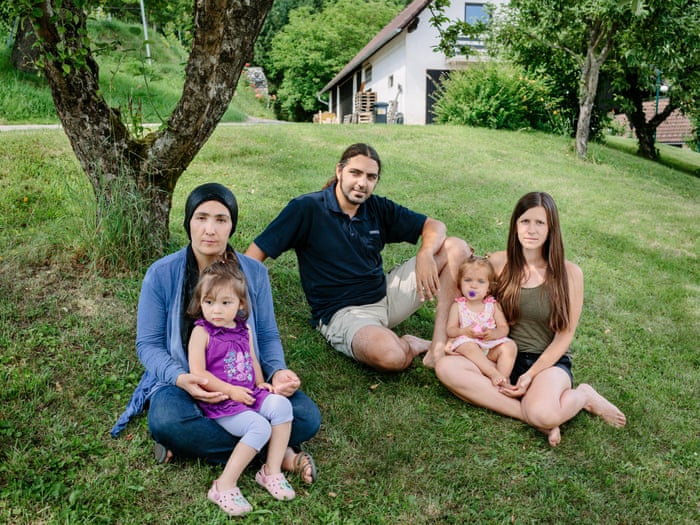 AustriaSabine David, husband Dominique and daughter Nora host Afghan refugee Nooria and her daughter, Aysu, in Lavanttal. Nooria arrived in Austria in November 2015. When Nooria became pregnant, her husband left her. If she had stayed in Afghanistan, she would have been forced to hand over her daughter to her husband’s sisters, she said.
‘A woman cannot live alone in Afghanistan and raise her own child without a man.’ Nooria is learning to cycle so she can get around independently. ‘I am so happy with the bicycle and the freedom.’ 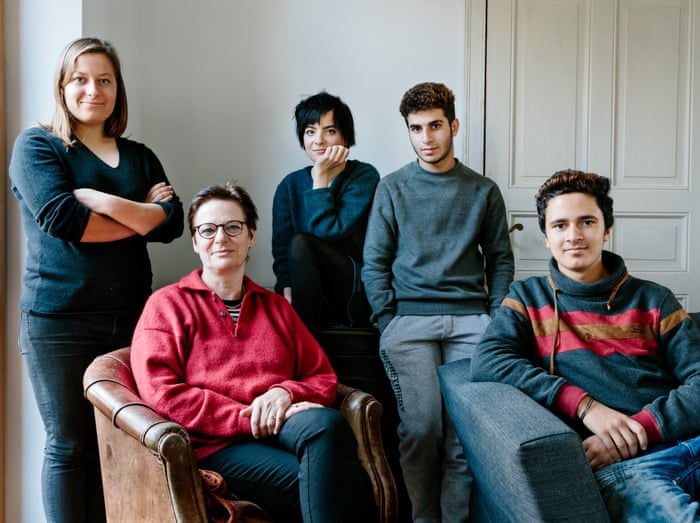 Sabine Waldner with her daughters, Charlotte and Miriam, host two Syrian refugees, Juan, 16, and Mohammed, 16, classmates from Damascus, at their home in Falkensee, Berlin.
Juan and Mohammed moved in with Waldner when they arrived in Germany in October 2015.
‘When they don’t clearly say what they want or need, because they don’t like to cause any inconvenience, it can be difficult. But it’s getting better as they are starting to accept that we see them as part of the family.’ 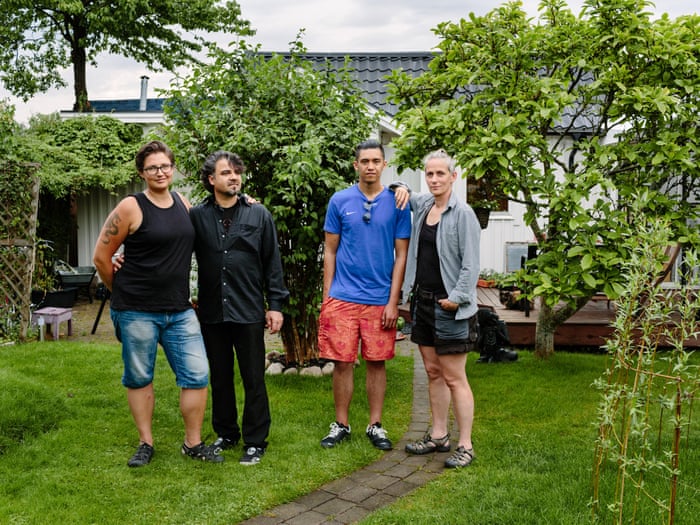 Gabriella and Candel Webster host Syrian Ahmad Lababidi, his son, Ali, 18, and daughter, Hiba, 16, who is not pictured, in Malmö.
Lababidi, 45, said it was one of the best things that had happened to them: ‘They received us with so much love, compassion and care,’ he said. ‘They were angels.’ 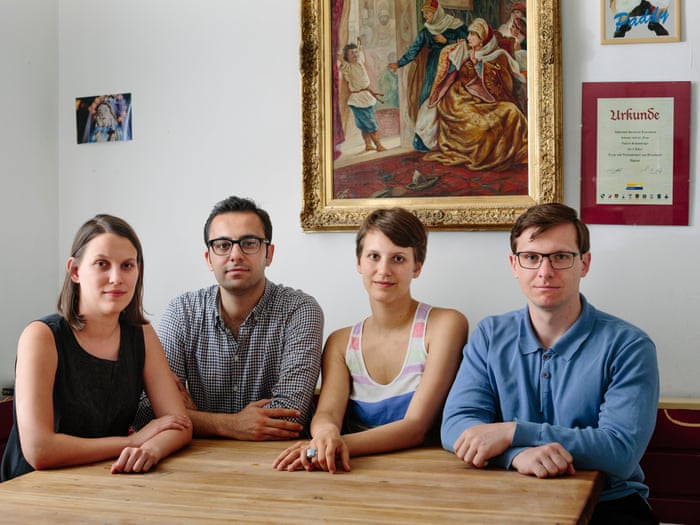 Valerie Schamberger flatshares with Nora Katona, Roman Pable and Syrian refugee Mouhanad Mourad, 27, in Vienna. Mouhanad fled his war-torn country in 2012. As soon as he got to a refugee reception centre, Mouhanad started helping in the kitchen, learned the language and made friends. He got his asylum papers in six months and soon after, moved in with his new flatmates.
‘Mouhanad knows more people than we do. His list of contacts is incredible and we didn’t have to step in – he doesn’t need us at all,’ Valerie said. 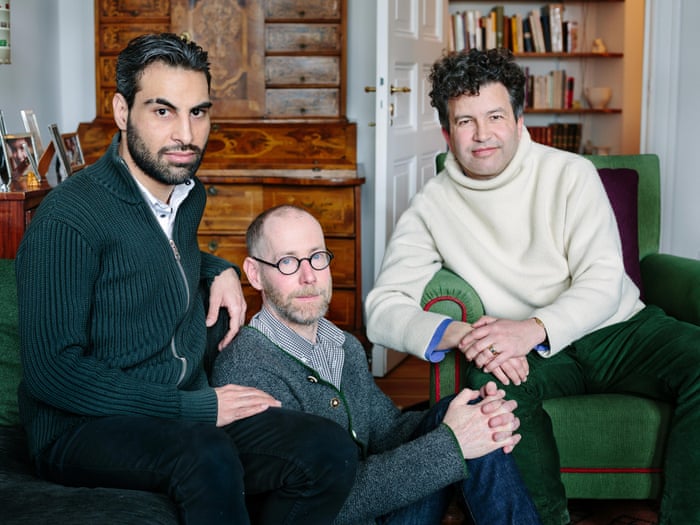 Wilhelm and Brian host Inas, a refugee from Syria, in Berlin. They met through a chance encounter on a train four days after Inas arrived in Germany. Ten days later, Inas moved in with the couple of 25 years, in November 2015. Inas was making his way back to Berlin after going to visit a friend from Syria. Unsure whether it was the right train, he asked Wilhelm and Brian, who sat nearby. With the help of Google Translate, the three struck up a conversation and exchanged numbers. 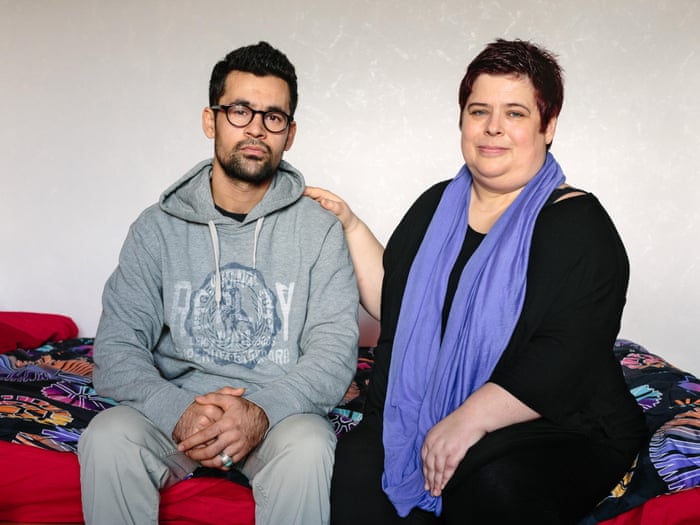 Uta hosts Hamid, from Afghanistan, in a 29 sq metre studio apartment in Berlin. He plays the flute and the piano and wants to learn more instruments. Uta plays the piano and the guitar. They found a shared passion. Uta now teaches Hamid the keyboard and encourages him to play her guitar. One of Uta’s neighbours told her: ‘ We don’t want foreigners here,’ but Uta says she fights this kind of behaviour. ‘ He’s my son,’ she replied, ‘ you just have to get used to it.’ 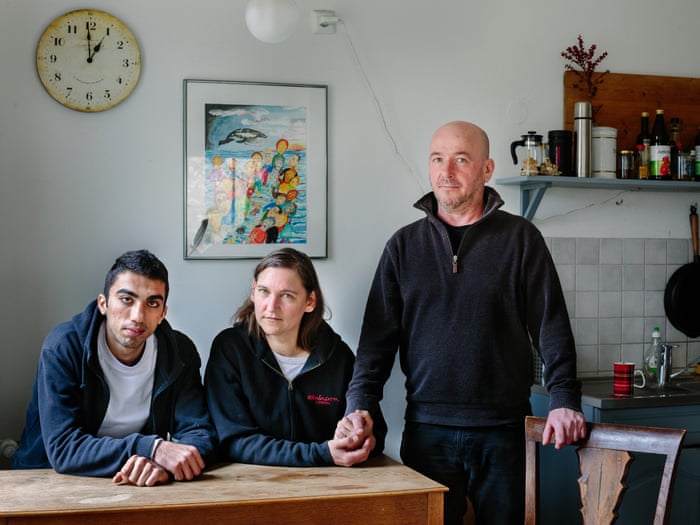