vyrud в Laisves aleja, 1980s
This is not the comparison post of some places some time in the past and now. But the set of photos of Romualdas Požerskis captured in Laisvės alėja (published at atmintiesvietos.lt)  made me hurry. (Romualdas Požerskis is one of the most famous Lithuanian photoartists). All these photos were made in the central street of Kaunas - Laisvės aleja - in the 1980s. 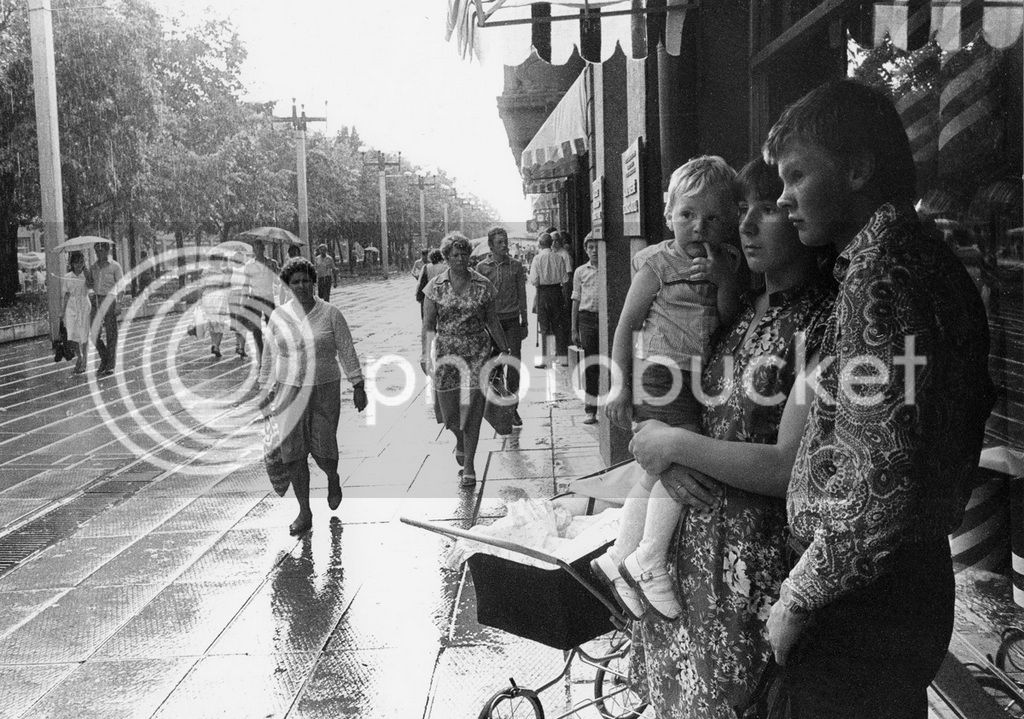 Very many people in street: the situation which is ambiguous. Simply people had significantly fewer opportunities where to spend time (photo 1986):