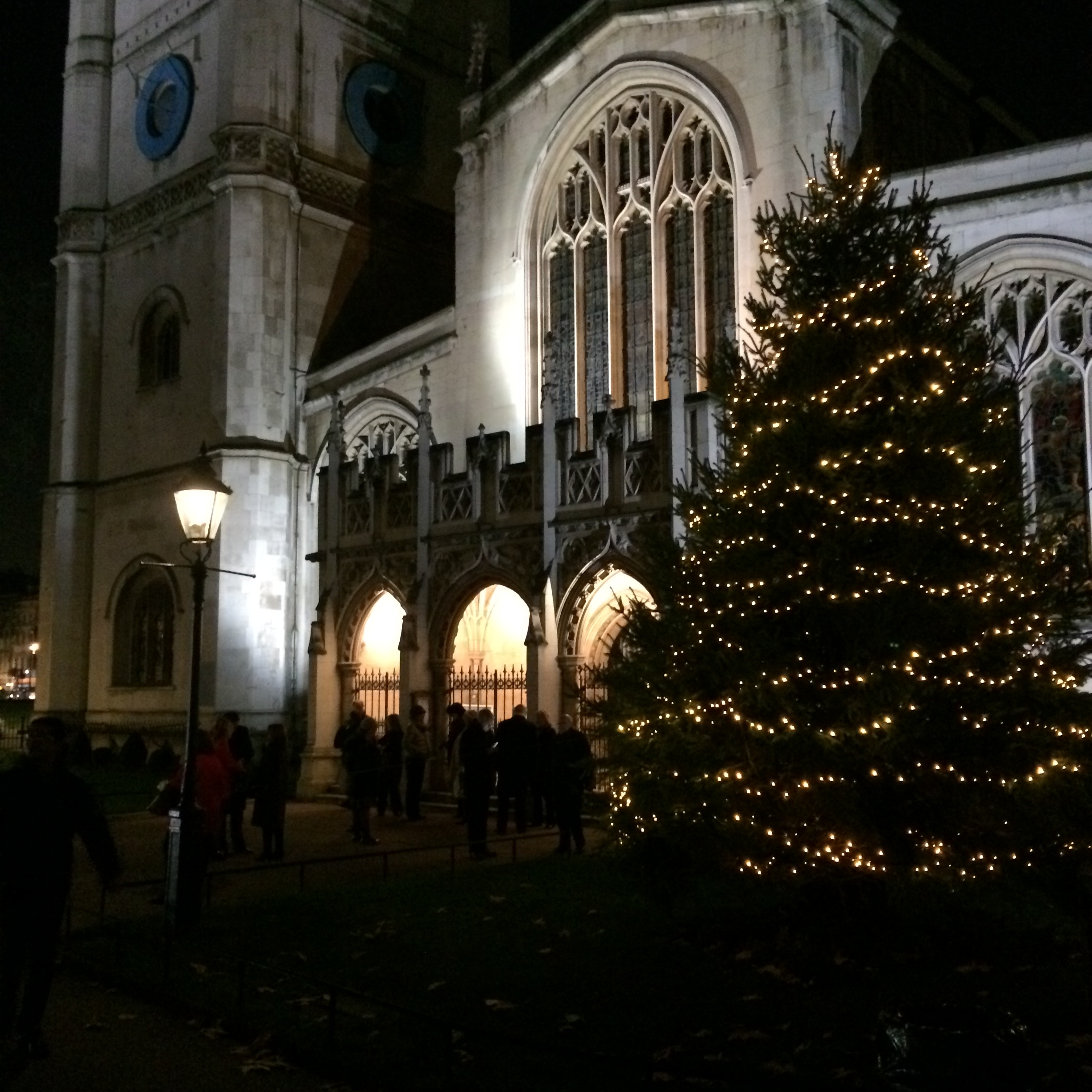 The Christmas Tree outside the House of Commons parish church, St Margaret's, Westminster

Dear Roy and Nadezda,
2014 has been the first real year of economic recovery, which holds out the hope of real continued progress in the years ahead.  We are still having to retrench public spending to get the deficit under control.  The government is still borrowing some £90 billion per year.  Our aim is to balance the budget by the end of the next Parliament.  That will depend on continued economic growth and further reductions in public spending, but then we should be able to start to begin to reduce the burden of taxation.
This depends on the continued strength of the economy.  Since 2010, the economy has created 1.7 million new jobs, so unemployment has fallen sharply. The November unemployment rate for Harwich and North Essex was only 1.8 per cent. This represents only 774 out-of-work benefit claimants.  These are people we must help and support, but we can take comfort from the fact that there are far fewer of them. I am particularly pleased that we now have the lowest youth unemployment since before the crash of 2007/8.

So many of our young people are determined to acquire the skills and experience they need to be personally and financially independent. This bodes well for the future.
We still have plenty of challenges to face – the ageing of our population; technological change; global insecurity and increased conflict; pressure on natural resources; microbiological threats, etc.  The Committee I chair in Parliament is currently conducting an inquiry into “Future Challenges”, and the capacity of government to respond.  But every challenge also presents an opportunity.  We are asking our witnesses – ministers, civil servants, academics – how can the UK capitalise on the world ahead, so we can excel in the future.  The job of government is to provide for the future security and prosperity of the British people.  To achieve that, we must engage in all of this.
The next election promises to be an odd one, with perhaps the main political parties obtaining a smaller share of the votes than ever we can remember.  Why are people in such despair about the main parties?  Perhaps we should stop thinking of politics as about “it’s me or him”.  People want government and parliament to be more directly engaged in the issues which affect the future of your country.  Too much of what politicians say seems to be for effect, and somewhat disconnected from the events and questions at the heart the matter.
This has been a busy year in my constituency.  The hospital has been going through a difficult time, but I have nothing but praise for everyone who works there.  I am optimistic about the improvements in openness and transparency which should lead to more effective working and better care.  Schools for the children of Harwich and North Essex are of mixed quality.  There are plenty of brilliant primary schools – all of those in Harwich are “good” or “outstanding” and this shows what can be achieved in the most difficult areas.  But secondary schools are facing challenges with funding and some are not providing the education which the pupils deserve.  I also worry about the very tough life lived by those who are falling through the welfare net.  There should not be food poverty in a wealthy country – but the causes of this are much more complex than they seem.  Health, schools and poverty are my local priorities for 2015.
I am fortunate that I and my wife are healthy, and our boys have both excelled at University.  We count our blessings at this time.  May you count yours too.  Good luck with 2015!
With very best wishes for the New Year,
Bernard and Anne Jenkin